Happy birthday to Betelgeuse! b.t.w. MATISSE is back online !

The COVID-19 pandemic has severely disrupted the observations of the European Very Large Telescope (VLT) Observatory located in the Atacama Desert in Chile, with its 8m-large telescopes. The MATISSE instrumenthas been put into hibernation since early March 2020. It was built jointly by French, German and Dutch astrophysics laboratories, and was installed since 2018 at the VLT foyer. As soon as it was put back into service thanks to the hard work of the MATISSE team since the beginning of December, the flagship instrument of the Observatory of the Côte d'Azur in Nice is preparing to once again receive light from the largest telescopes in the world. But this date, as important as it is for the instrument itself and the scientific interest that results from it, is all the more so for the star that we observe this evening: Betelgeuse, the star of the stars .

The night of December 13th, 2020, marks the 100th anniversary of the very first measurement of the diameter of a star, namely Betelgeuse, carried out by the American physicist Albert Michelson and his assistant astronomer Francis Pease using a revolutionary technique for the time: interferometry.

Remember that this shining star has flooded the web in the recent months with its remarkable drop in luminosity followed at the end of 2019 by all observers, professionals and amateurs. The mystery of this sudden and significant drop in luminosity is beginning to be unraveled by astronomers, especially thanks to observations made using the MATISSE instrument at the start of the year. The unpredictability of the luminosity of this supergiant star and its current form remain sources of major scientific interest, and a priority for astrophysicists. 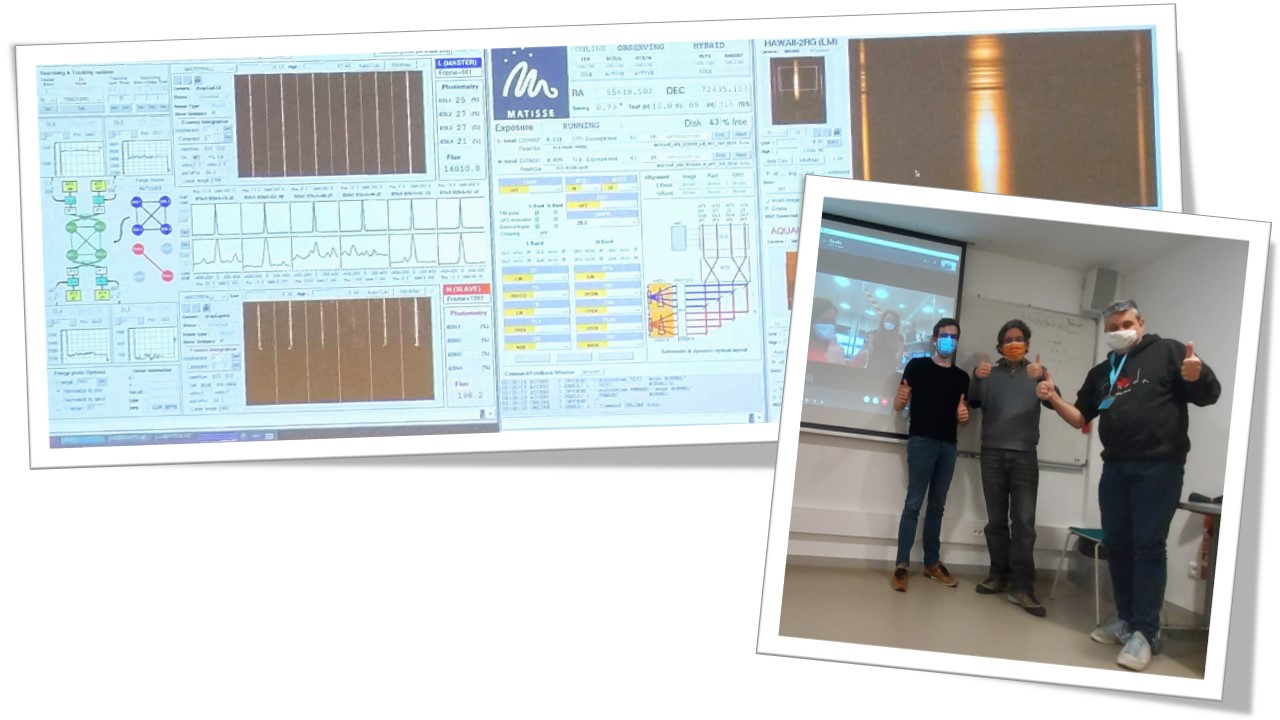 By using the MATISSE instrument, at the cutting edge of interferometry technology, to observe Betelgeuse and make an image of it, astrophysicists hope to better understand how stars of the same type evolve. The question of its imminent (or not) explosion into a supernova, as it could be reported in the press, should be resolved soon. The challenge presented by these new observations is therefore at the same time historical, technological and human! However, we can bet that even after several centuries of observation, Betelgeuse will still have many surprises in store for us.