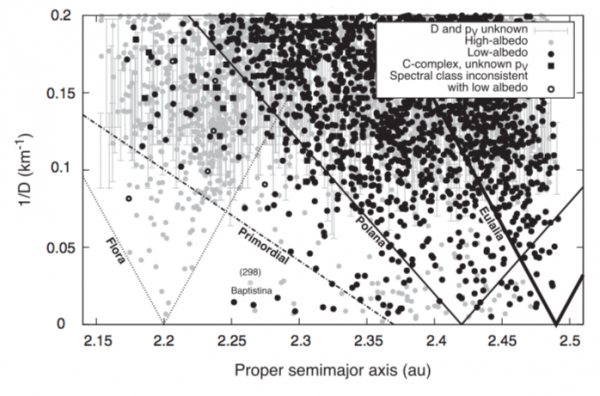 We would like to determine shapes and spin poles (rotaion period and direaction in the sky of the rotation axis) of the asteroids members of our recently discovered primordial family. These are the dark bodies in between the "Primordial" and the "Polana" lines in the Figure above (Figure adapted from Delbo, M., Walsh, K., Bolin, B., Avdellidou, C. & Morbidelli, A. 2017. Identification of a primordial asteroid family constrains the original planetesimal population. Science 357, 1026--1029.).
The working hypotheis that we want to test is: according to theories of asteroid orbital evolution, members of the inward side of the primordial family should have a statistical predominance of retrograde objects.
The inward side of the primordial family is readly visible. This is formed by the asteroids between the Primordial and the Polana border of the Figure above. On the other hand, in the region where members of the primordial family overlap those of other known families, i.e. the outward side, membership is more diffcilt to be etablished. So, here we focus on the inward side only.

A collisional family of asteroids is a group of these objects that originated from the fragmentation of a parent asteroid. So, each memeber of the family is a fragment of the parent. Members are initially on very nearby orbits, but the Yarkovsky thermal forces cause a secular change of their semimajor axes. Prograde rotators have their semimajor axes values increased, while retrograde rotators have them deacreased.
This way, in general, the family builds an inward and an outward side (A.K.A. hear). See figure below that show the case of the Erigone's family. As demonstrated by Hanus, J. et al. An anisotropic distribution of spin vectors in asteroid families. Astronomy and Asgtrophysics 559, A134 (2013), retrograde and prograde rotators are preferentially found in the inward and outward side. 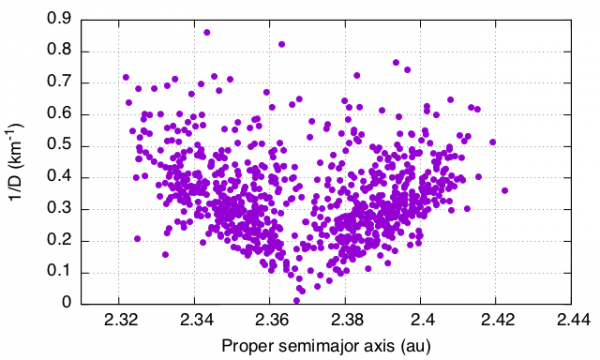 Photometric obsevations are used to determine light curves of the members of the primordial family. Small telescopes are particularly well suited to do this project. Some of the asteroids are birght enough that can be observed with a 30 - 40 cm equipped with a good CCD.
PRIMORDIAL ASTEROID FAMILY MEMBERS:
The list can be found by clicking here It contains all the primordial family members of the inward side. The second list "TARGETS THAT NEED ATTENTION" below contains only the brigter asteroids that can be observed during these months. i.e. February 2018.
You can see notes and the progress of the obserations.

933 we have a preliminary and likely wrong solution of the spin pole. To be followed up.
2776 We have one lightcurve but of low amplitude. It could be cool to get more.
2536 32 lightcurve available already, but not pole and shape solution yet.
2322 Please Observe it and report. No information so far.
4231 no information so far.
13066 no information so far.
2778 does NOT need more observations. It has been finished being followed up very nicely already. It also has fast period. Observations have been obtained Matthieu Conjat with the 0.4m Schaumasse reflector of the observatory of Nice. Matthieu has a good lightcurve. (See image below). Convex inversion by Josef Hanus will be started as soon as he finds time 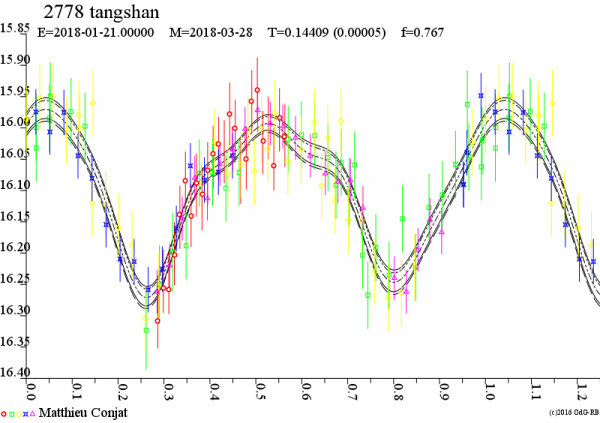 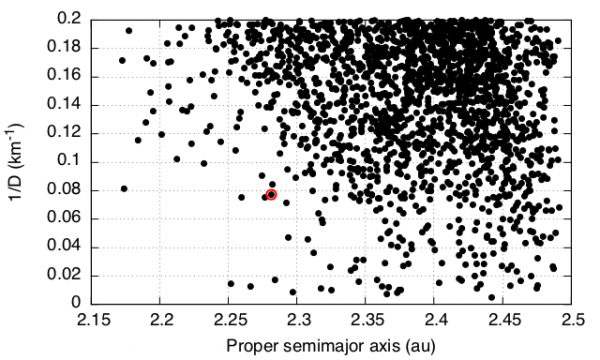