We have determined in Netolicky et al. 2009 the properties of the dusty environment of the hydrogen-deﬁcient binary system υ Sgr, whose binary properties and other characteristics are poorly known. We have obtained the first mid-IR interferometric observations of υ Sgr using the instrument MIDI of the VLTI used with different pairs of 1.8 m and 8 m telescopes. The calibrated visibilities, the N band spectrum, and the SED were compared with disk models computed with the MC3D code to determine the geometry and chemical composition of the envelope. υ Sgr is unresolved with an 8 m telescope at 8.7 μm. We propose a disk model that agrees with the measured visibilities and the SED, consisting of a geometrically thin disk with an inner radius Rin = 6.0 +0.5 −1.5 AU and a scale height h100 = 3.5 +2.0 −1.5 AU. The chemical composition of the dust is approximately 60% of carbon dust and 40% of silicate dust, as a consequence of several episodes of mass transfers, whose chemistry was imprinted in the dust composition. We also constrain the inclination of the disk i = 50° +10° −20° and its orientation position angle PA = 80° +10° −5° . Finally, the mid-infrared interferometric observations of the binary star υ Sgr allowed us to constrain the geometry of the circumbinary dusty envelope. By defining the inclination and PA of the system with better accuracy than before, these observations restrict the parameter space for the orbital parameters and thus the nature of the stars orbiting in this system. 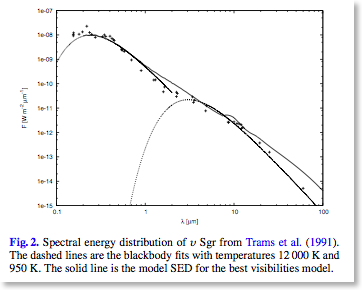 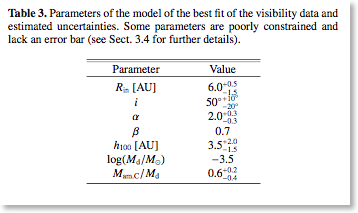 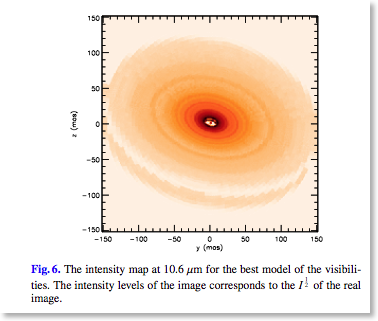