This study aims at constraining the properties of two interacting binary systems by measuring their continuum-forming region in the visible and the forming regions of some emission lines, in particular Hα, using optical interferometry.

We have obtained visible medium (R ~ 1000) spectral resolution interferometric observations of β Lyr and of υ Sgr using the VEGA instrument of the CHARA array. For both systems, visible continuum (520/640 nm) visibilities were estimated and differential interferometry data were obtained in the Hα emission line at several epochs of their orbital period. For β Lyr, dispersed visibilities and phases were also obtained in the Hβ and the HeI 6678 Å lines.

As expected, for baselines shorter than 60 m, the system of β Lyr is unresolved in the visible continuum, but the source associated with the Hα, the Hβ and the HeI 6678 Å lines appears to be well resolved at any orbital phase. The differential visibilities through these lines are lower during eclipses, indicating that significant emission originates close to the stars. The Hα line forming region appears to be made up of a compact source located near the orbital plane (possibly linked with the "hot point") and an extended source (i.e. ≥ 2 mas, i.e. 125 Rȯ) out of the orbital plane (possibly associated to the "jet-like feature"). The υ Sgr continuum visibilities are at a similar level for short (20-25 m) and long (90-110 m) baselines. This is interpreted as the presence of an extended structure surrounding a compact bright source. No binary signal was detected, excluding a flux ratio between the stellar components of the system larger than 0.1 from 500 to 700 nm. The radius of the brightest star is estimated to be 0.33 ± 0.16 mas, i.e. 21 ± 10 Rȯ using the latest Hipparcos distance. By contrast, the Hα line forming region is very extended (i.e. ≥ 6 mas, i.e. 400 Rȯ) and found to be off-center from the brightest star, following the orbital motion of the hidden companion.

In both cases, the extension of the Hα line forming region is much larger than the size of the system, which is indicative of a non-conservative evolution. Although a large circumbinary disk surrounds the evolved system υ Sgr, storing a considerable part of the lost material, a substantial part of the Hα, Hβ, and the HeI 6678 Å line emission derives from regions perpendicular to the orbital plane of β Lyr. 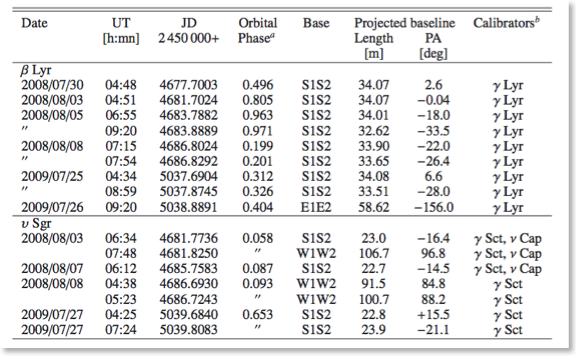 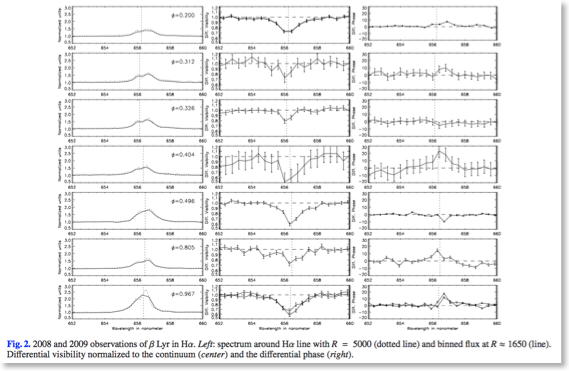 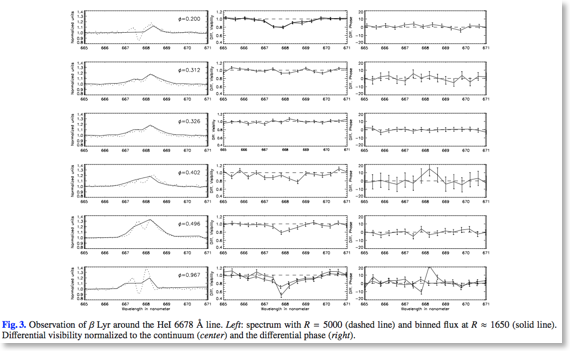 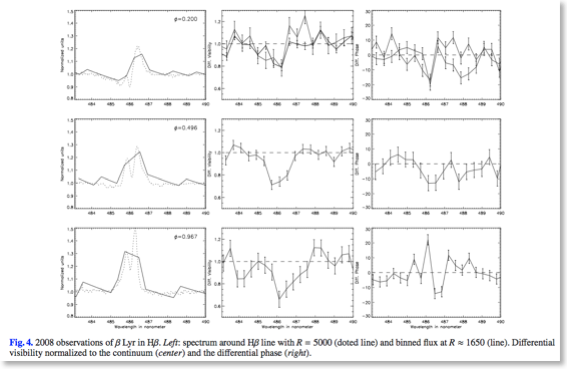 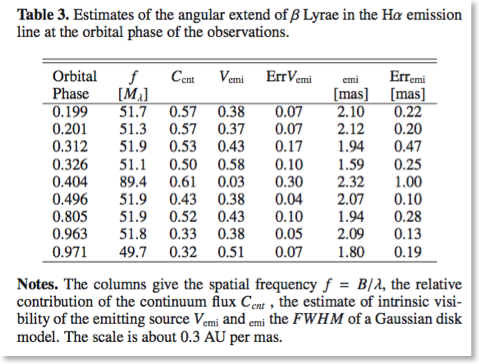 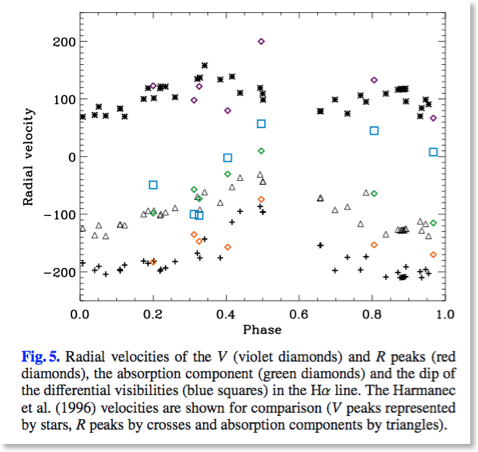 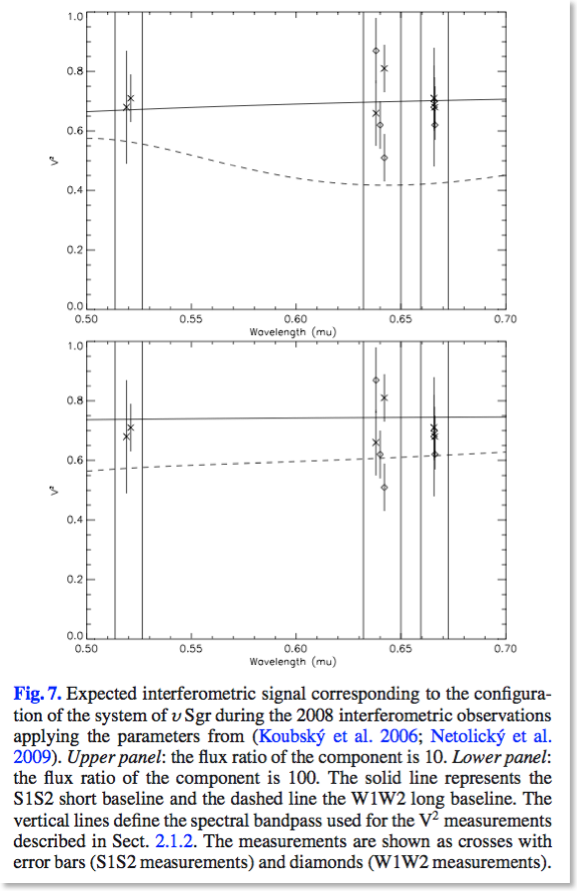 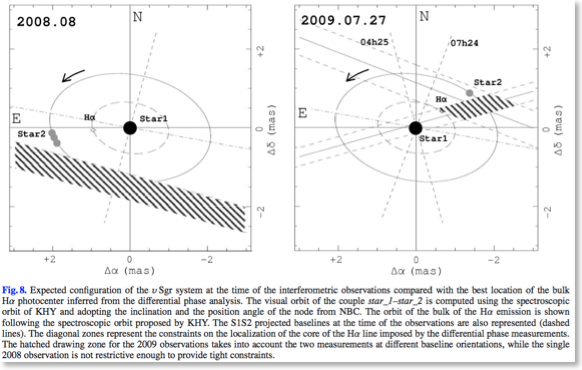