We use the CHARA interferometer with the VEGA beam combiner working in optical wavelengths. We observed 7 non- binary K giant stars (β and η Cet, δ Crt, ρ Boo, β Oph, 109 Her and ι Cep). The comparison of relative radii between the photosphere and the chromosphere was performed using the interferometric measurements in the Hα and the Ca II infrared triplet line cores. For β Ceti, spectro-interferometric observations are compared to a NLTE semi-empirical model atmosphere including a chromosphere. The NLTE computations give line intensities and contribution functions indicative of the relative location where the line cores are formed and can constrain the limb-darkened disk of the stars with chromospheres.

We measured the angular diameter of seven K giant stars and deduced their fundamental parameters: effective temperatures, radii, luminosities and masses. We determine the geometrical extent of the chromosphere for four giant stars (β and η Cet, δ Crt and ρ Boo). The chromosphere extents obtained range between 16% to 47% of the stellar radius. NLTE computations confirm the deeper formation of Ca II/849 nm line core in the chromosphere of β Ceti compared to the Ca II/854 nm and Ca II/866 nm ones. An existing semi-empirical model atmosphere has been modified by fitting the Ca II triplet line cores of this star. We also detect in four of our targets the signature of a differential signal showing the presence of asymmetries in the chromospheres.

It is the first time that geometrical extents and structure in the chromospheres of non-binary K giant stars are determined by interferometry. These observations bring strong constrains to stellar atmosphere models. 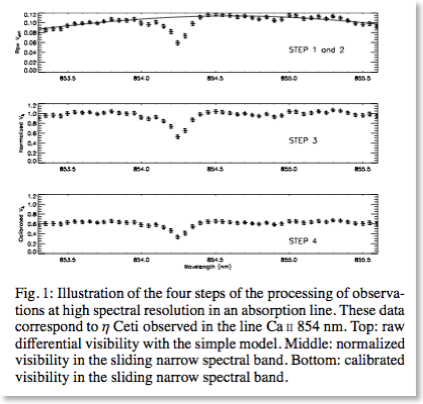 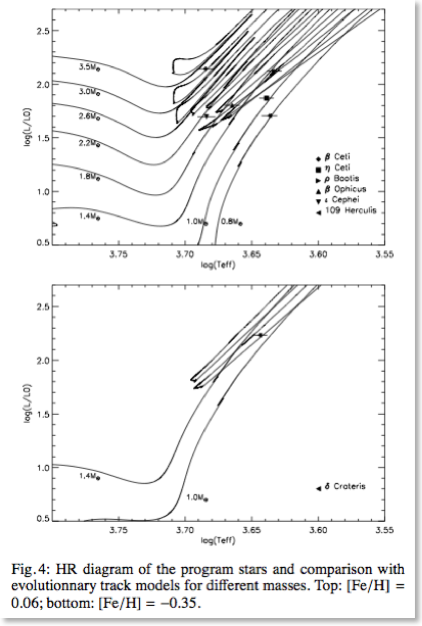 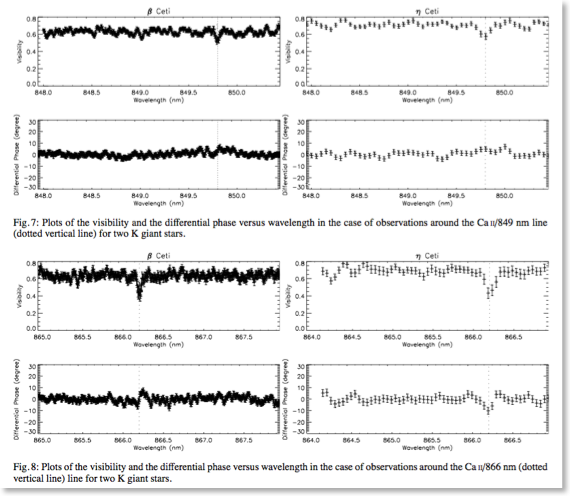 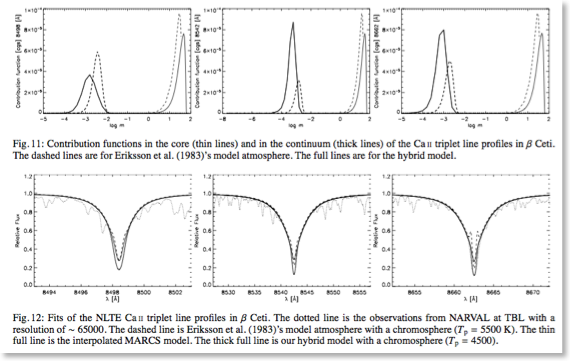