Young close binaries clear central cavities in their surrounding circumbinary disk from which the stars can still accrete material. This process takes place within the very first astronomical units, and is still not well constrained as the observational evidence has been gathered, until now, only by means of spectroscopy.

The young object HD 200775 (MWC 361) is a massive spectroscopic binary (separation of ∼15.9 mas, ∼5.0 AU), with uncertain classification (early/late Be), that shows a strong and variable Hα emission. We aim to study the mechanisms that produce the Hα line at the AU-scale.

Combining the radial velocity measurements and astrometric data available in the literature, we determined new orbital parameters. With the VEGA instrument on the CHARA array, we spatially and spectrally resolved the Hα emission of HD 200775 on a scale of a few milliarcseconds, at low and medium spectral resolutions (R∼1600 and 5000) over a full orbital period (∼3.6 years).

We observe that the Hα equivalent width varies with the orbital phase, and increases close to periastron, as expected from theoretical models that predict an increase of the mass transfer from the circumbinary disk to the primary disk. In addition, using spectral visibilities and differential phases, we find marginal variations of the typical extent of the Hα emission (at 1 to 2σ level) and location (at 1 to 5σ level). The spatial extent of the Hα emission, as probed by a Gaussian FWHM, is minimum at the ascending node (0.67±0.20 mas, i.e., 0.22±0.06 AU), and more than doubles at periastron. In addition, the Gaussian photocenter is slightly displaced in the direction opposite to the secondary, ruling out the scenario in which all or most of the Hα emission is due to accretion onto the secondary. These findings, together with the wide Hα line profile, may be due to a non-spherical wind enhanced at periastron.

For the first time in a system of this kind, we spatially resolve the Hα line and estimate that it is emitted in a region larger than the one usually inferred in accretion processes. The Hα line could be emitted in a stellar or disk-wind, enhanced at periastron as a result of gravitational perturbation, after a period of increased mass accretion rate. Our results suggest a strong connection between accretion and ejection in these massive objects, consistent with the predictions for lower-mass close binaries. 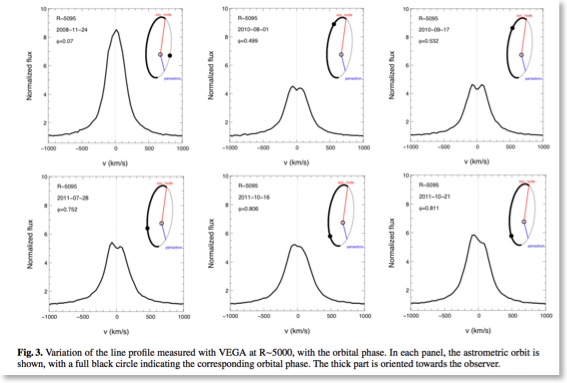 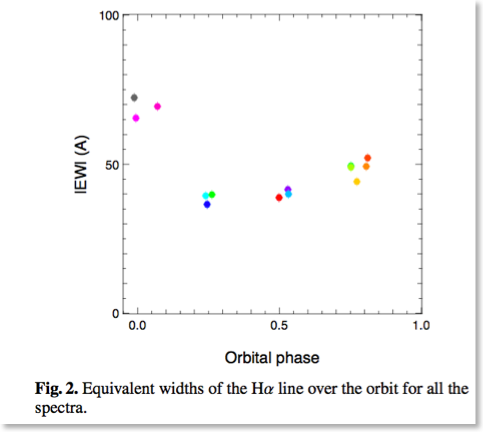 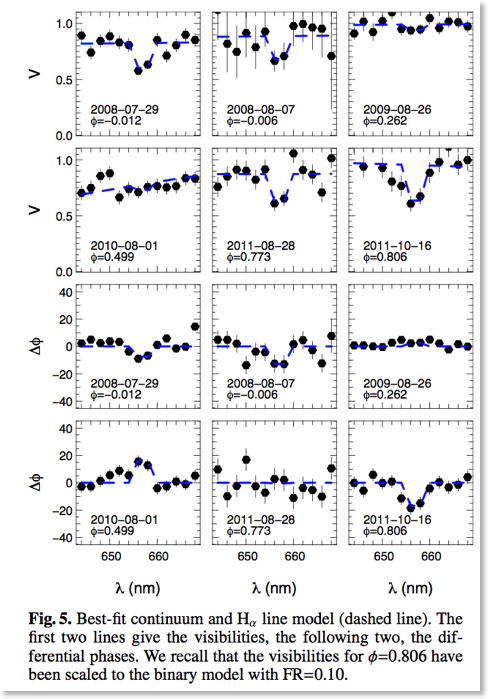 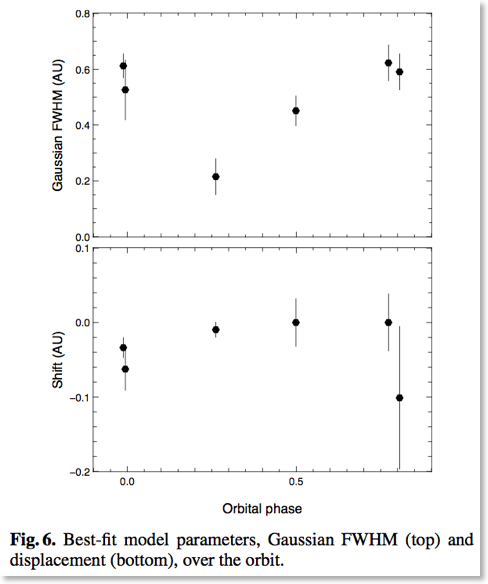 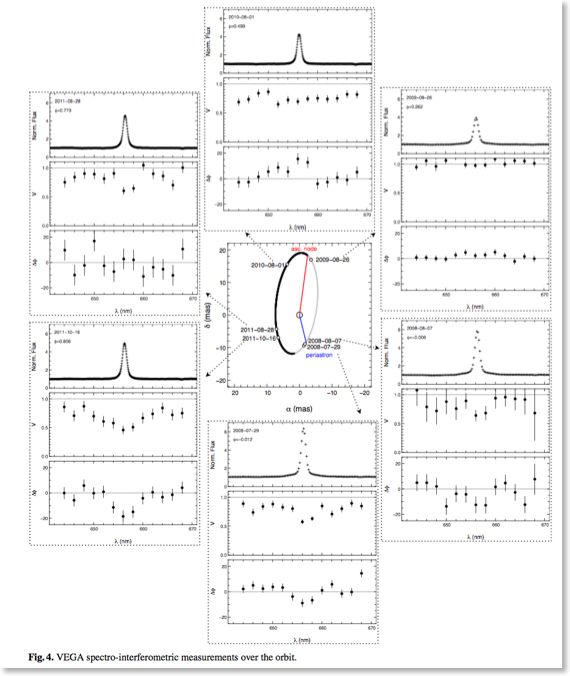