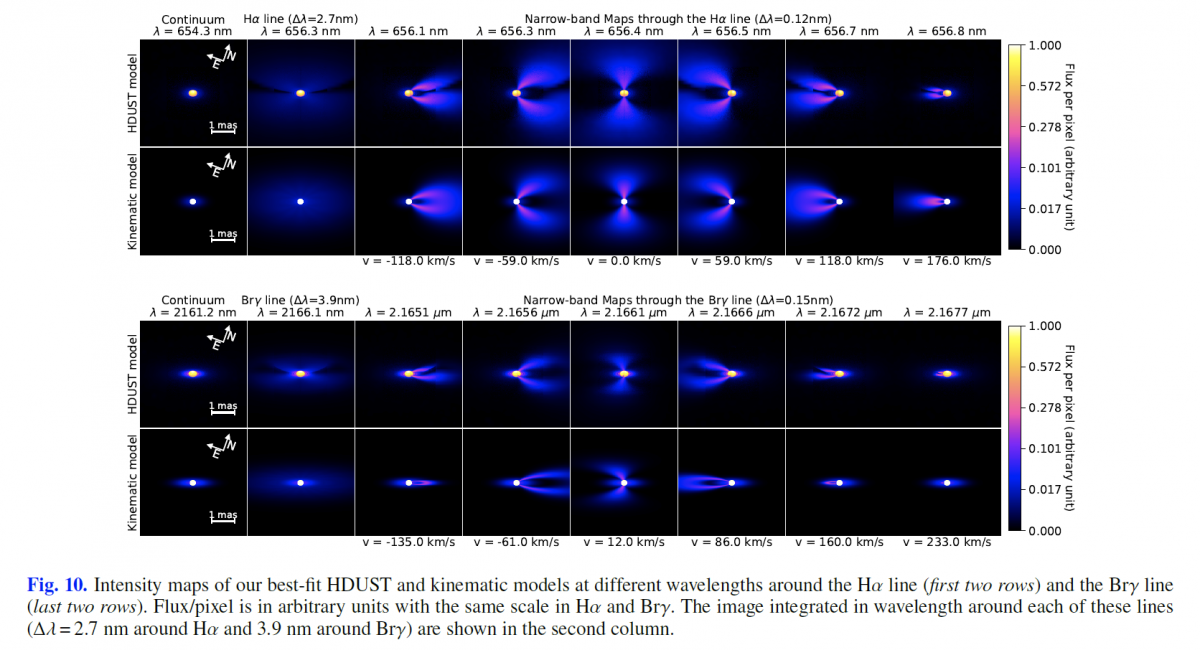 Understanding the origin of the circumstellar disks of Be stars is one of the current challenges in astrophysics. Their circumstellar disks are well understood as rotating in a nearly Keplerian fashion and passing by different phases of dissipation and rebuilt due to mass injection from the central star. From using several modeling tools to interpret spectro-interferometric observations with the CHARA/VEGA and VLTI/AMBER instruments, this study draw the most detailed picture of the Be star o Aquarii in both the visible (Hα line) and near-infrared (Brγ line) regions. Interestingly, the extension of o Aquarii’s disk is similar in both Hα and Brγ (see Fig. 10 of de Almeida et al. 2020), which is uncommon since most results for Be stars indicate a larger disk extension in Hα than in Brγ. Furthermore, the disk kinematics were found to be near to the Keplerian rotation in Brγ, but not in Hα. Finally, our results indicate that the disk of o Aquarii is stable over several years and this  can be understood in terms of the high rotational rate that we measured for this star. To further investigate these issues, this study paved the way to future studies on large samples of Be stars observed with VEGA and AMBER, and the newly available VLTI mid-infrared combiner MATISSE and with the near-future CHARA/SPICA visible combiner.