A team of astronomers discovers a second giant planet around β Pictoris, a young star already known for its dust disk, its exocomets and its massive giant planet, β Pictoris b. The new planet is closer in, but more than 10 years of high precision data had to be analysed to discover it. Because β Pictoris is so bright and so close to us, it should help us to understand the formation of planetary systems.

The nearby (~19 pc) and young (~23 Myr) β Pictoris system is a unique proxy for the study of planetary systems formation and early evolution, and has been the subject of extensive studies since more than 30 years. A close to edge-on disk of dust was resolved in 1984, and was soon associated to planet formation, at that time in a yet unknown evolutionary state. It was not clear, in particular, if planets were already formed in the system. Evaporating comets were evidenced shortly after, and a massive giant planet orbiting at a distance (~9 au) a distance similar to that of Saturne around the Sun was discovered in 2008, probably responsible for most of the disk peculiar shape and asymmetries. β Pictoris b is so far the closest-to-star planet imaged.

An international team led by IPAG studied more than 10 years of high resolution spectroscopic data of β Pictoris obtained with the High Accuracy Radial velocity Planet Searcher (HARPS) instrument mounted on the ESO 3.6 meter telescope at La Silla, Chile. The radial velocity signal is totally dominated by strong variations due to stellar pulsations. Such pulsations are common for stars twice more massive than the Sun, such as β Pictoris. Yet, once the stellar signal is estimated and subtracted, a long term periodic signal becomes visible. Various stellar or instrumental origins were considered to explain this residual signal, but failed to. Given the current knowledge, the team concluded that a second massive planet (~9 times that of Jupiter) is orbiting the star at ~2.7 au, i.e. roughly the distance of the asteroid belt from the Sun. 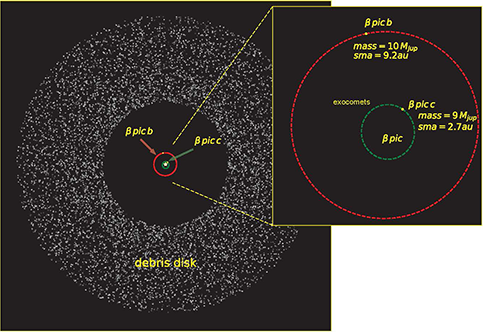 Figure 1 : The β Pictoris dust disk as imaged by ESO/Sphere, and the planet β Pictoris b.

This is the first system around which a planet is imaged and another, closer one, is found via indirect technics. New spectroscopic data should allow to confirm and further characterize β Pictoris c, while a direct detection in imaging should be possible with the Extremely Large Telescope currently under construction in Chile/Armazones. Further studies will tell whether, and to which extend, β Pictoris c played a role in the shaping of the dust disk and in the exocomets orbital evolution and evaporation. 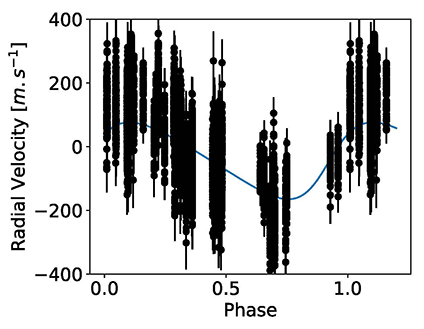 Figure 2 : Fit of the radial velocities of β Pictoris once corrected from the star pulsations.

β Pictoris c offers the possibility of several observations that would altogether provide the finest details on an extrasolar giant planet. Forthcoming GAIA data will measure the mass of the planet and fully characterise its orbital properties. Transit observations, provided its orbital plane crosses our line of sight, would provide a direct measurement of its radius. Spectroscopic observations coupled with imaging will allow characterising the planet atmosphere. Such information are currently limited, and restricted to planets orbiting very close to solar type stars, or to lighter stars. Such close planets are strongly irradiated by the stars, and their atmosphere is significantly altered. On the contrary, β Pictoris c atmosphere is not affected by the star irradiation and is more pristine. It can then give unique information on the early atmosphere of giant planets with well determined physical properties. 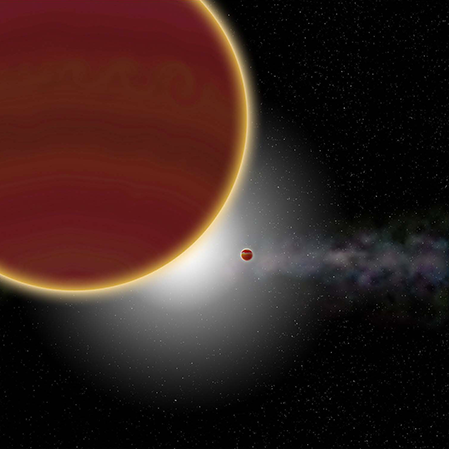 Evidence for an additional planet in the β Pictoris system in Nature Astronomy, August 19th 2019.