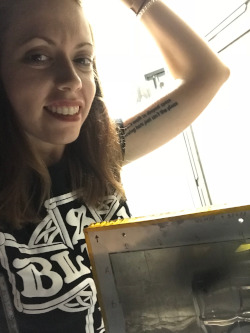 Project: During this master thesis the student derived the size distribution of small meteoroids of the near Earth space. He analysed archived ground-based lunar observations. He identied the selenographic coordinates of the impacts and develop an algorithm to link each impactor to a meteoroid stream. He derived from the conrmed potential impact events the masses and sizes of the small impactors (cm-sized). During his thesis we detected the rst lunar impact ash from France and LRO is searching for the new crater. The student is writting a scientic publication and is accepted for a PhD position at the same University.

Project: The student developed an algorithm to detect in real time impact flashes in observational data. The goal of this super-fast detection is to inform LRO/Diviner instrument to detect the thermal tail of the impact event. This is a unique project.

Internship at OCA: Extraction of lunar coordinates of lunar impact ashes & detection of events with LRO/DIVINER.

Project: The student developed an algorithm to identify the lunar impact ash coordinates. The accurate coordinates are crucial for the subsequent discovery of the small fresh craters on the lunar surface. The student discovered that the majority of the coordinates of the archival data are inaccurate and several are incorrect. Furthermore, the best impact coordinates are manadtory to perform the link of the impactor to a meteoroid stream and infer the correct impact speed.

Project for both internships: 12 years after the man-made impact of the SMART-1 lunar satellite on the lunar surface and the study of the resulted crater, we are in a position to have detected hundreds of these events produced by small near-Earth objects (origin from asteroids and comets) hitting the Moon. The ESA-funded project NELIOTA has detected tens of new impact events on the lunar surface. These detections were possible by operating a telescopic monitoring survey of the ashes that are generated during an impact event. We have developed methods to estimate the size of the impacting body and, with the help of scaling laws, the size of the formed crater. In that way we will have an excellent dataset of impact events, knowing several parameters, enabling us to study the impact physics and the impacting population. Since 2009 NASA's Lunar Reconnaissance Orbiter has acquired high resolution visible images and thermal infrared measurements of the lunar surface and these will be the input of the study. This project is to develop an implement a methodology using LRO data to search the lunar surface around the locations of each impact to detect the craters formed, such that their sizes can be measured. After both internships the student was enrolled for a PhD at the Aberystwyth University.

Internship at ESTEC/ESA: Shapes and Sizes of asteroids.

Project: During the two months of the project, in collaboration with the Leiden Observatory, the student had to learn the principles and implement telescopic data reduction and photometry. The software he used was provided in advance by myself. Another task was the student to develop a code to identify moving targets in the sky eld and collect the output of photometry. This can be applied to asteroid and comets observations. Data for this project were acquired by myself from the Observatoire Haute Provence (OHP), France and the ESA funded Schmidt Telescope, Calar Alto Observatory, Spain. The later observations were done remotely and during one run the student was present in order to understand the observing procedures. The scientic objective was to extract asteroids lightcurves (ux vs. time). Long-term observations will lead to the construction of the asteroids shape and the determination of the spin-pole alignment. There are international collaborators from the Charles University in Prague who will help on that. A second objective for the student was to work on occultation data, which were obtained and given by Detlef Koschny (ESTEC/ESA), using the Kryoneri telescope, Greece. Occultation is the event where an asteroid passes exactly in front of a background star and makes its light to disappear or dim. Several simultaneous observations from observers at dierent locations on the occultation path will help to determine the asteroids diameter. This LEAPS summer project was part of the students undergraduate thesis in order to obtain his Physics degree. The student was selected for the Masters degree in Physics at the Aristotle University of Thessaloniki (GR).