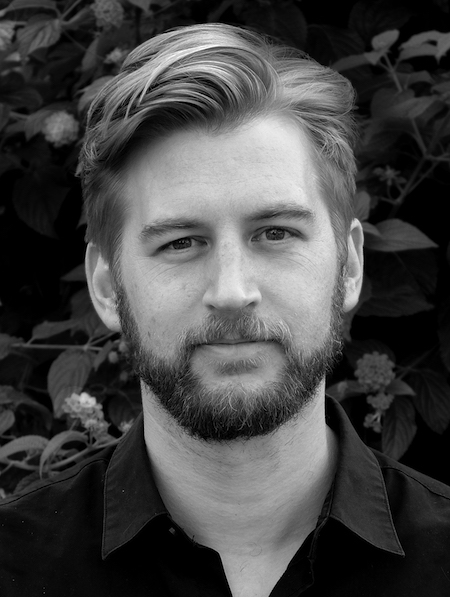 Most movies and images are available at higher resolution and as stereoscopic 3D versions. Publication or reproduction of any images or movies from this website requires permission and proper credits.
Please contact oliver.hahn\\at//oca.eu for more information.


This movie shows the evolution of the gas during the formation of a very massive galaxy cluster from the RHAPSODY-G simulations. The gas density is shown in gray colors with the gas temperature overlaid in orange. The abundance and properties of these massive systems contain a wealth of information about the physics and cosmology of our Universe. The image is 17 Mpc/h wide, projection depth is 5 Mpc/h.
Visualization by Oliver Hahn
Simulation: Oliver Hahn, Davide Martizzi

This movie shows the formation of the cosmic web of dark matter from random fluctuations in the early universe. The intricate network of filaments hosts dark matter halos, the most massive of them are rendered in bright yellow hinting at the galaxies they are thought to host in the LCDM cosmological model.
Visualization by Ralf Kaehler, Carter Emmart, Tom Abel for AMNH planetarium show "The Dark Universe"
Simulation: Tom Abel, Oliver Hahn
Read more here

Formation of the cosmic web, dark matter streams I

This movie shows the formation of a halo in a warm dark matter cosmology. Unlike in CDM, halos here have no progenitors but form from smooth accretion of dark matter (see also my papers on WDM halo formation, Angulo, Hahn & Abel 2013 and Hahn & Paranjape 2013). The density field shown in the movie is rendered using the method presented in Kaehler, Hahn & Abel 2012 based on the Lagrangian tesselation method discussed in Abel, Hahn & Kaehler 2012.
Visualization: Ralf Kaehler, Tom Abel, Oliver Hahn
Simulation: Oliver Hahn, Tom Abel

Formation of a massive galaxy cluster in an N-body simulation

This movie shows the formation of a massive galaxy cluster in the LCDM cosmological model. The cluster forms hierarchically over time by accreting myriads of smaller clumps, of which the larger ones are expected to host galaxies.
From the RHAPSODY simulation suite, Wu, Hahn, Wechsler, Mao & Behroozi 2013.
Visualization: Ralf Kaehler.
Simulations: Hao-Yi Wu, Oliver Hahn, Risa Wechsler.
Read more here.

More beautiful visualizations can be seen on the web page of my friend and collaborator Ralf Kaehler at SLAC.

Check out a video featuring me about the KIPAC visualization lab.