Since several years, our group develops original techniques and instrumentation for measuring the optical turbulence of the atmosphere. Several prototypes were developped in the past, such as the generalized seeing monitor (GSM) which has become a reference for monitoring the coherence parameters of the wavefront at ground level, i.e. the seeing, isoplanatic angle, coherence time and outer scale. In the last 15 years GSM was used in a large number of astronomical observatories and for prospecting potential new sites.
Since the beginning of the years 2000, our group was also engaged in the site qualification of the site of Dome C in Antarctica. Specific prototypes of a DIMM and a GSM were developped for these campaigns and produced a lot of measurements at night time as well as during the day. Taking advantage of the experience gained in developping these antarctic instruments, we propose now the Generalized Differential Image Motion Monitor, a compact instrument aiming at replacing the aging GSM. GDIMM is very similar to a DIMM, with 3 sub-apertures instead of 2. The seeing is obtained by the DIMM method, using two sub-pupils of same diameter. The third aperture has a diameter of 10 cm, allowing to estimate the isoplanatic
angle via the scintillation. And the difference of the variances of the angle of arrivals through the pupils of different diameters makes it possible to derive the outer scale. The coherence time is estimated from the temporal structure function of the angle of arrivals, thanks to the high sampling rate of the camera (up to 90 frames per seconds at full resolution). GDIMM has the advantage to be compact and easy to install, and is controlled by a dedicated software. The GDIMM instrument is also fully automatic. 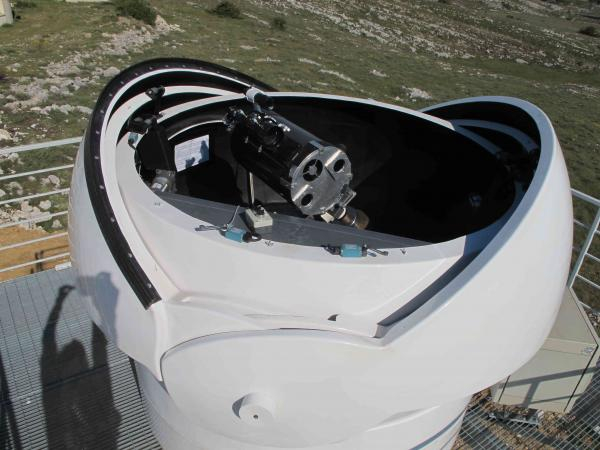