The Profiler of Moon Limb (PML) initially known as Profileur Bord Lunaire (PBL) is a new instrument developed by our group for the extraction of the CN2(h) profile with high vertical resolution from lunar limb fluctuations. The PML instrument is based on a differential method by observation of the lunar limb through two sub-apertures. This has the advantage of offering a large number of angular separations required between two points of the edge allowing the scan of the atmosphere with a very fine resolution. The PML instrument uses the differential method of a Differential Image Motion Monitor (DIMM) based this time on the observation of the lunar limb instead of a bright single star, through two subapertures of 6cm diameter separated by a baseline of 26.7cm. The principle of the PML instrument is based on the measurement of the angular correlation of the fluctuation differences in the wavefront angle-of-arrival (AA) deduced from the motion of the Moon’s limb image. The AA fluctuations are measured perpendicularly to the lunar limb leading to transverse correlations for different angular separations along the Moon.The angular correlation along the lunar limb of the differential distance between the two lunar edges leads to the CN2(h) profile. Other parameters of turbulence are also accessible from this instrument such as the profile of outer scale, the seeing, and the isoplanatic and isopistonic angles. Furthermore, the PML is also applicable to solar limb by use of a density filter. 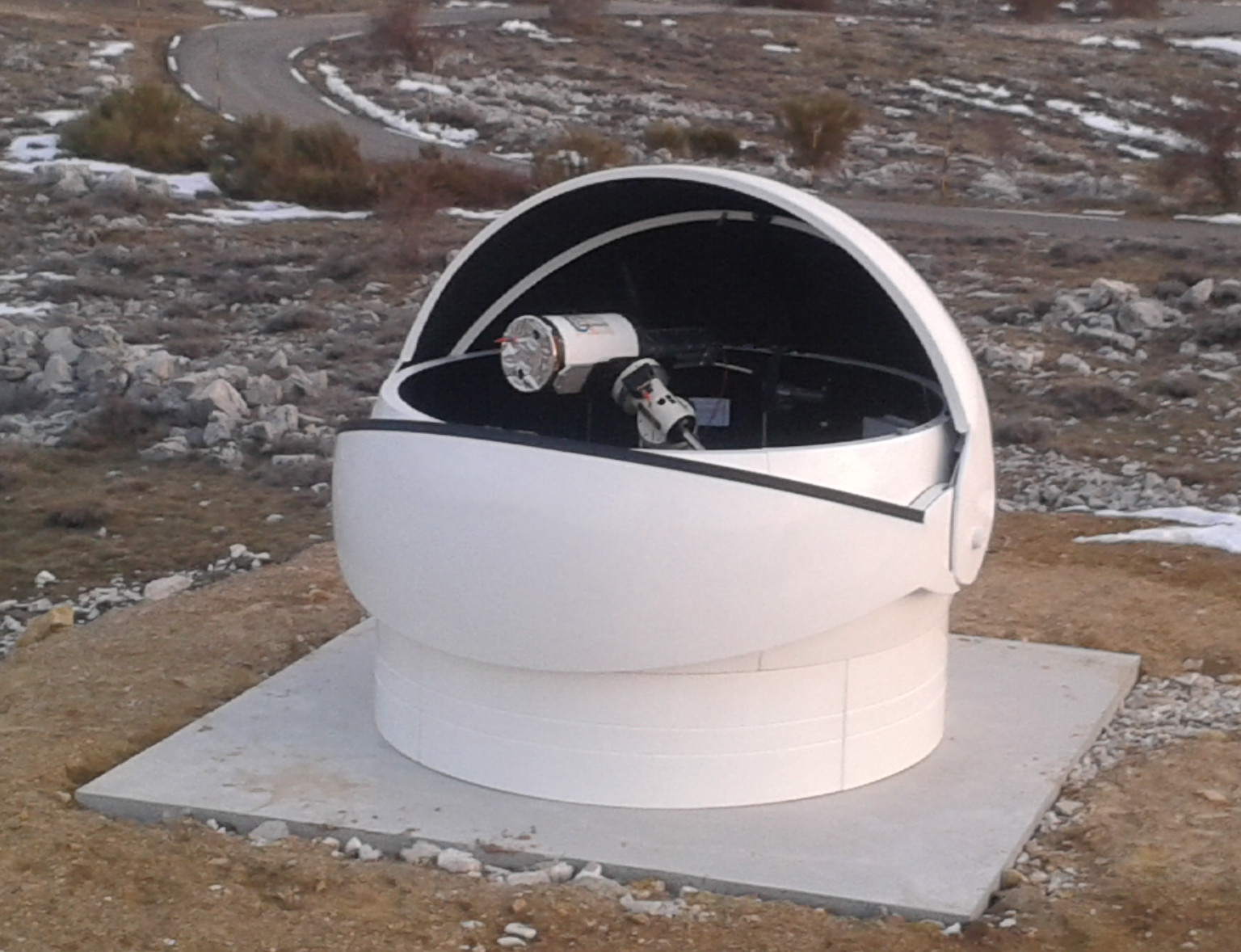 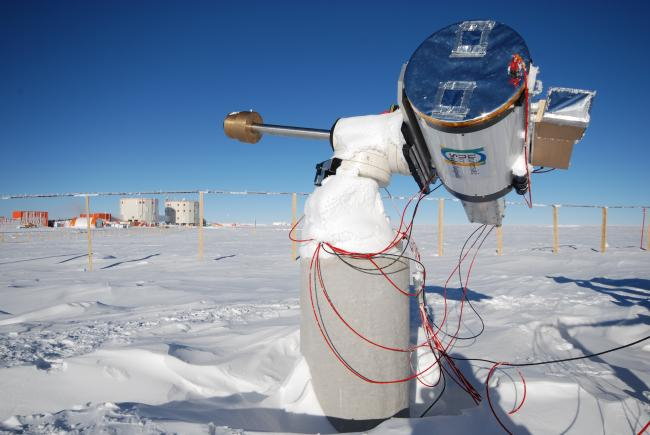 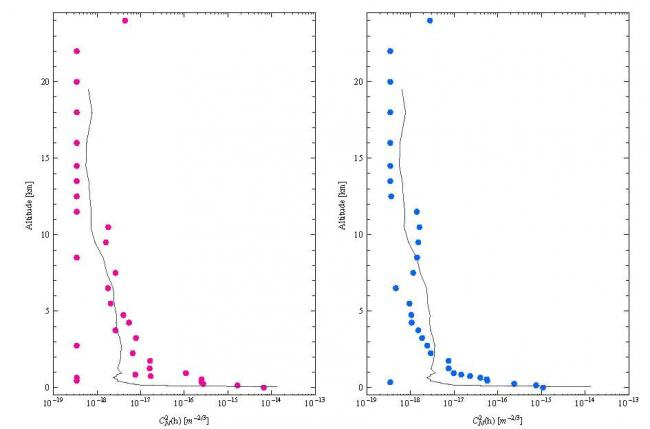 Example of CN2(h) profile (dots) from PML at Dome C in Antarctica
on January, 2011 from Moon limb (left panel) and Sun limb (right panel).
For comparison, the median profile of radio-sounding balloons
obtained during the 2005 winter campaign is plotted in solid line.