This NEA with a diameter estimated 0.811 km, was observed on August 5th 2022 by Marcin Filipek from Jerzmanowice, Poland. There was one chord registered which provided the astrometric position of the asteroid and uncertainties of 1-2 mas order of magnitude. 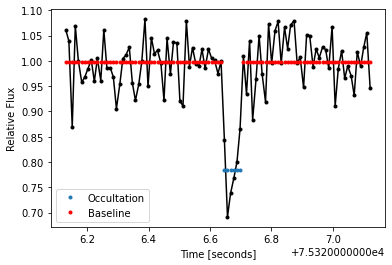 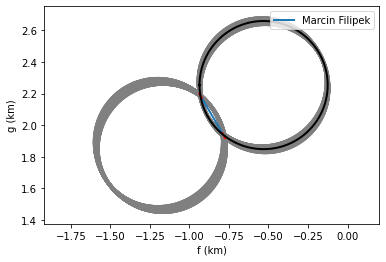 Single chord event by the asteroid (385 186) 1994 AW1. We assume spherical shape for the asteroid. In the picture one can see the observed chord(blue line) and its uncertainties (red lines) as well as the best fitted circle (black) and the fitted circles within 1-sigma uncertainty limit. Using SORA library we extract the astrometric position and uncertainties ~2mas.

NEA Occultations prior to this project

This NEA, with a Diameter approximately 6 km, was campaigned for in 2019, resulting in 6 recorded events with at least one positive chord in that year, plus two other events in the years that followed. This marked a turning point on the prospects of searching for NEA events, a task not feasible only a couple of years priors, and made possible thanks to the recent Gaia Data Releases, as well as the ever-increasing list of potential NEA targets. 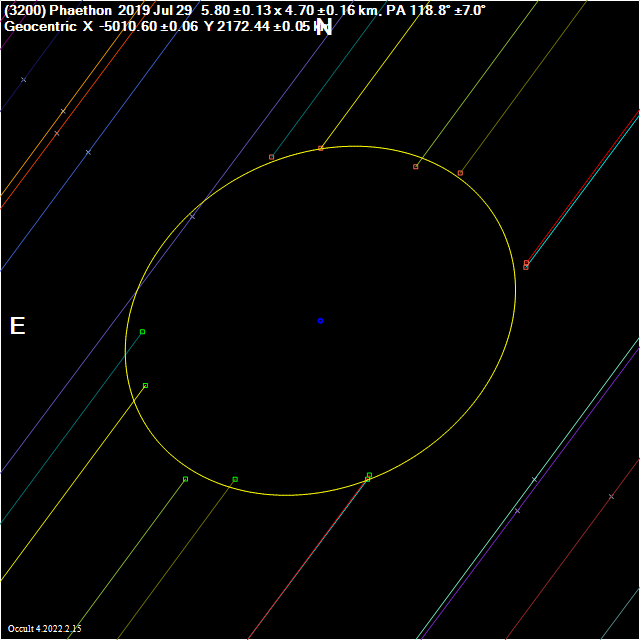 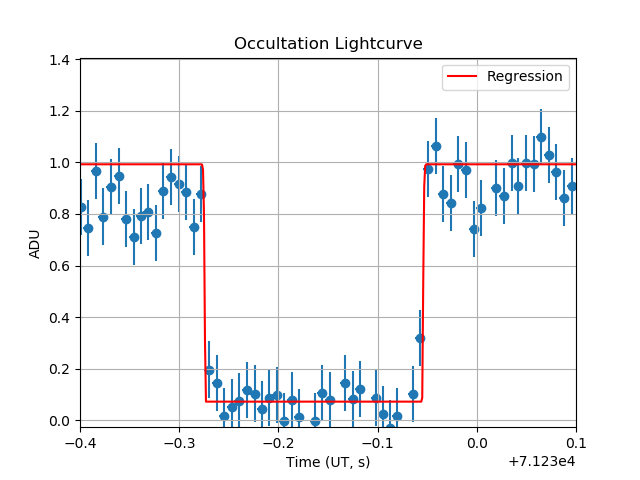 Lightcurve of (3 200) Phaethon event obtained by the OCA team. Thanks to extensive preparation, a precision of 0.002s was obtained in the event's timing! 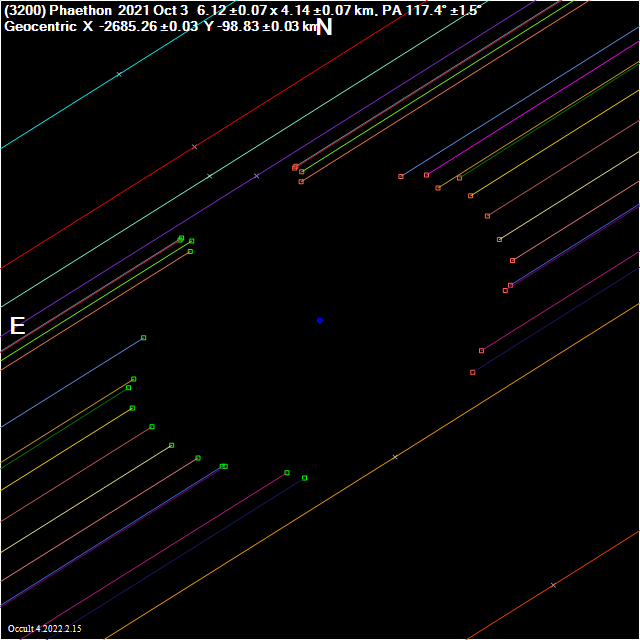 This NEA was considered a potentially hazardous object, even reaching Level 4 on the Torino Scale at one point. In 2021, fears of a potential impact from this object on Earth were mitigated, in no small part thanks to a campaign of occultations that resulted in 5 events with at least one positive chord in the span of two months. The low uncertainties usually associated to occultations allowed an improvement to the orbit of Apophis, clearing any chance of impact in the foreseable future. 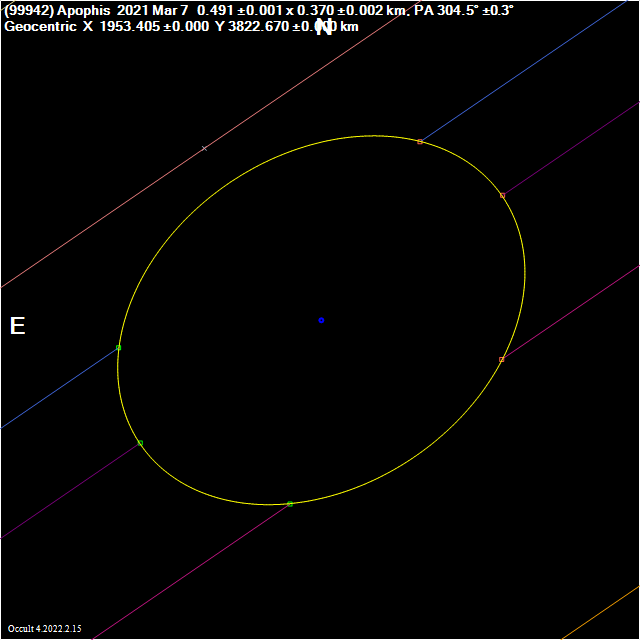 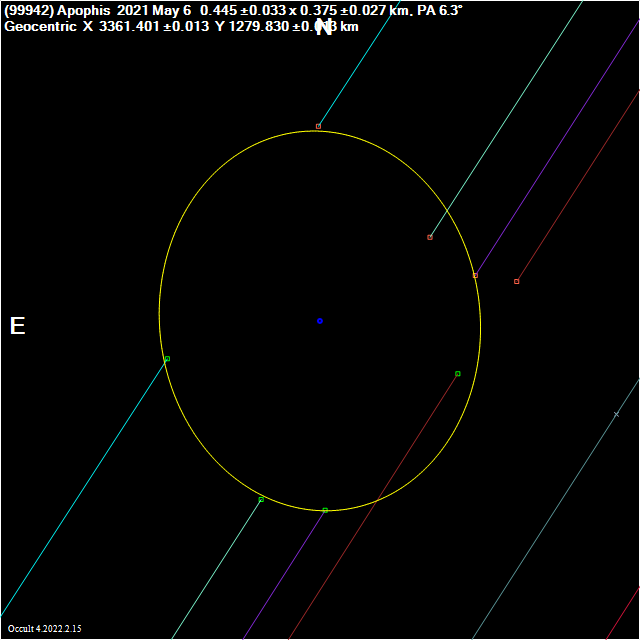 There have been observations to two other NEA, (433) Eros and (1 036) Ganymed. However, due to their large sizes (> 15 km), they are left out of these examples, as these occultations do not accurately represent the type of events we are preparing for.